A Bootha Kola is a sort of shamanistic ritual where you summon Bootha’s or Daivas- spirits neither malevolent or benevolent who reflect the relationship between the tangible and intangible world. Or the farmlands and the forests.

These pictures are from one where Kalurti was summoned. She’s mute and howls while she dances. I couldn’t take a video- it would have been blurry anyway- even though most people don’t care what you do at a Kola. People would text or greet relatives right when the Bootha was dancing away or proclaiming judgments in front of them. It’s not that they don’t care, they don’t think the spirits mind.

During intervals in the dance Kalurti would point to people and make hand gestures that indicated if she was happy with them or not. But while dancing her face was expressionless. She lept and howled, carrying a touch that she beat against her chest while she circled the people who’d gathered. My grandfather said in Tulu that she was just trying to throw away her legs and arms. The performer was who really interested me. Nobody spoke to him; he never said a word- before or after the performance. These pictures were my attempts to capture any emotions the silent shaman showed under all that makeup.

Putting on the ornaments that are owned by the Bootha. 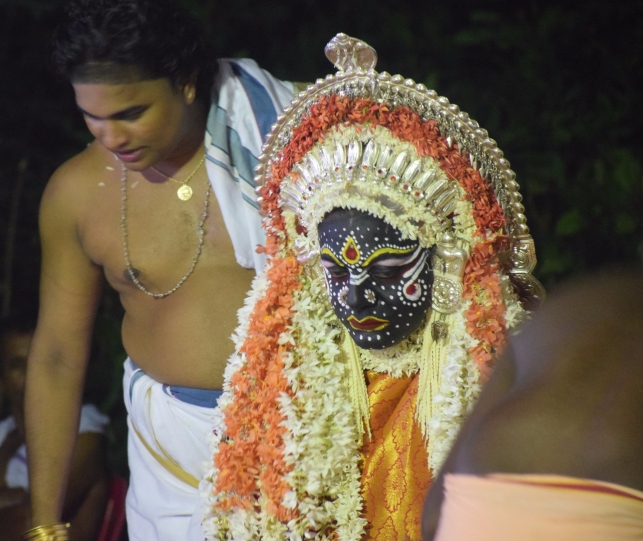 I can’t place this expression. 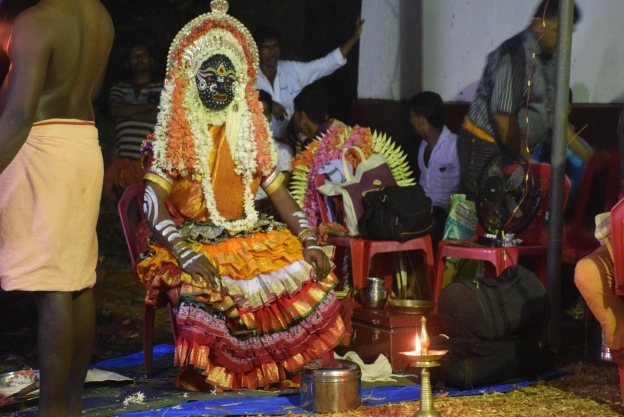 After the performance, with a fan aimed right at her face which was covered with sweat while she danced.

He looks at the crowd but never seems interested in it. 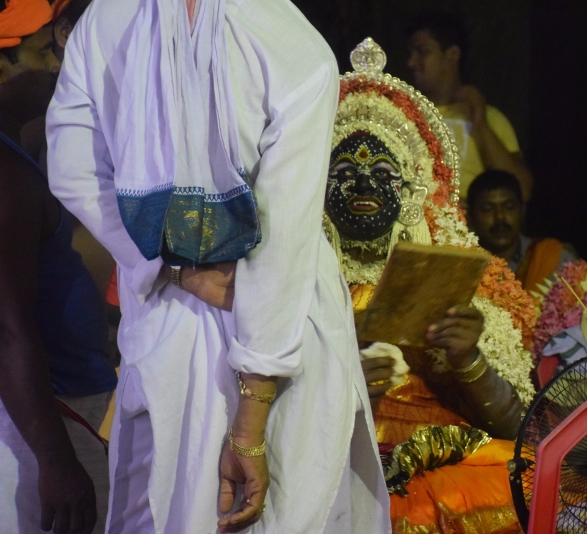 A smile for a friend but no words.

One thought on “Bootha Kola”